As you can see this is part of our AMERICAN DEUTSCH PUNK SERIES! After the SPITS, OVERNIGHT LOWS, STRANGE ATTRACTOR  now it is time for this!! When we told you we would be releasing some of the BEST DEUTSCH PUNK RECORDS EVER we didn’t lie..or did we?? NR 100 will be a german version of the Nervous Patterns Masterpiece „You Can’t Change“ entitled „Du Kannst Dich Niemal Aendern“. Little did we know when we approcached Alicja that she still had the original Mastertrack… we thought all masters where lost in the aweful computercrash Jay had… Good chance this might just be the last new Nervous Patterns release ever… I had been talking to Jay Reatard about an Red Lounge Release of some sorts when the unthinkable happened, and I was propably the only european but definetly the only german at his funeral… I say this with sincere pride that even death couln’t keep Jay from making a record on Red Lounge! I love this song and I couldn’t be happier with the german version Alicja presented me!!! Matt Melton was kind enough to provide us with the only existing alternate shot from the BLOOD VISIONS session, and we used it on our limited editions, only available thru Red Lounge directly.

The B Side is the River City Tanlines doing a Lost Sounds fave of ours… „Energydrink and the long walk home“ now entitled „Energydrink Und Der Lange Weg Nachhause“. Same here… a total winner!!!

But why read my blahblah if you can take a listen?

Yes there is pro’s and cons to „special editions“ but hey, this is our time to pop some champagne and we felt like opening the magnum bottle!

MOST BLOOD EDITION:  RED transparent Vinyl with bright  BABY BLUE  AND WHITE splatters and DIRTY VS of alternate JAY REATARD Blood Visions Session by Matt Melton!!! Only 2 Pics where ever taken!!!  We tried some options on the shot and reallllly liked this one so..we did a diff. Cover with it! 200 copies!

The cover sleeves still needs doing and glueing!  But it will be a worthy No. 100!! If you ever owned any SRS editions you know we go the extra stretch on those… this will be our masterpiece! We made more then the usual 50 to sell to the public to celebrate our 100th release… once it is good to go we will offer it thru our email list..so get on the list!!!!

Ahhh..Just when your thought your permanent errection was totally uncalled for…here is a reason to shake your wiener-sword at the world an say: I told you so!!!!

Finally it is here..an old/ all new SEDATIVES record!! Finest Organ Driven Power Pop on the wee bit Darker Edge then some of them other Bands those dudes is in ..like White Wires, Steve Adamyk Band And Gazillion others..but thats not the point. The Point is: this is here, now and it is a S M A S H!!! the reasons why 7″ers where invented: put the needle on the record: go bazoink! -turn over!- put the needle on the record: go boink! -turn over- Repeat! jaaaaaaaaaaaa!!!

Coming to Germany for the first time in 6 years, the SPITS decided to join Red Lounge Records ongoing series of AMERICAN DEUTSCH PUNK RECORDINGS!!! Yes, you guessed it , this record is sung in GERMAN!! The Spits are JOINED for this recording by their newest official Member ( RING AND VEST AND ALL!) KING KHAN, who, since reciding in Berlin these days, , took on the Part of singing the songs. What you get is the very first EP from the Spits ever revamped in the LANGUAGE OF THE KRAFTWERK PEOPLE!!!!

YES it is true these would have easily fit on a 7″ and yes, a xerox cover might done the trick but hey…as requested by the band we slammed this baby on a RED LOUNGE RECORDS STYLE!!!

Important: We would also like to kindly ask you to only buy 1 ( ONE) of each color per customer!!!  but feel free to  choose one of each color so! we are computer reatards and do not know how to put that on our shop !! thank you for your understanding!

Hi everybody, here is what’s new on RED LOUNGE RECORDS:

INCREDIBLE KIDDA BAND – Too Much Too Little Too Late 2xLP
Normal and limited color version!!! If you want the colored version better act quick! This is a true gem, now revamped and housed in deluxxxe sleeve with a bonus song! Get yourself a christmas present! And buy some for your loved ones too!

OUTDOORSMEN – Shit will happen if you use your stupid brain 10″
Normal and limited color version!!! After a handful of singles we have more bullets for your  listening pleasure! In the usual deluxe sleeve quality.

Order them both at SHOP.REDLOUNGERECORDS.COM to get the limited versions! Pre-Orders are up now!

Up for sale since a couple of hours:

And now BUY THIS RECORD! 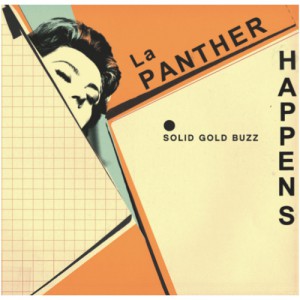 Out now on CD, we are waiting until the vinyl arrives….
LA PANTHER HAPPENS are hailing from Tulsa. According to themselves they inhaled 60’s SOUL, psych, garage, girl groups, schlitz, memphis. I guess you can find all this in this album. You can definetly find a deep love for the Memphis Sound. You can hear a lot of Bands like Reigning Sound ( the rockin parts), Harlan T Bobo (the quiet parts), The Scruffs, Big Star, a bit of Magic Kids all paired with perfect songwriting: Loaded with Teen Angst, Love and Not Loved, yet an throbbing urge to let all this get out via record…GREAT!!!. Hands down the best demo I ever got by an unknown band…

Order now in at our web shop!

OUT NOW: HARD-ONS – Alfalfa Males Conform Or Die Once Summer Is Done LP
You are either for or against the HARD ONS – and Red Lounge Records is 100000% for the HARD ONS!!! This album again features some of the best Power Pop pearls of today paired with some grunting and hard core punk songs! Don’t ask me for looonnnggg descriptions… it is a Hard-Ons record… what more do you need to know to buy it???!! After all these years..still love those guys! And live…a smasher!! 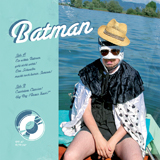 Finally you can order our records directly with our brand new online store. click here and buy buy buy! we have tons of great releases in stock. if you have problems ordering, send email and we will shortly get back to you. if you want to get info wholesale prices, well, send us an email and we’ll inform you about that too!